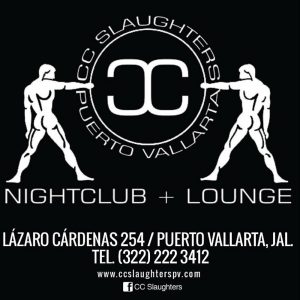 Be the first to review

CC Slaughters, originally from Portland, Oregon USA, was created in May 1981 by John Adams, offering the public a one-of-a-kind “Country” venue. CC Slaughters won over fans of this genre by being the place to go for line dancing, Wrangler jeans and thick mustaches. Serving the best drinks during the 80’s and 90’s, CC Slaughters quickly became a non-exclusive place for “Country” people, where customers were looking for a good drink to start the night. In 1980, John Adams wanted to open a friendly, personable and unique western bar, but he didn’t know what to call it. Then he heard of Christopher Columbus Slaughters, a renowned Texas rancher (1837-1919). Also known as the first man born in the new “Republic of Texas”, and was rumored to have come out just after his wife had passed away. With the chosen name, shortened to C.C. Slaughters, the bar opened its doors on May 21, 1981. With a friendly staff ready to serve the best cocktails to its customers. Shortly after, CC Slaughters Seattle joins the CC’s family offering the North Country a second home.

Following John’s death in 1995, John Adams Jr. followed in his father’s footsteps and honored his work while keeping the CC community running on the same policies and beliefs.
In 1998, Slaughters moves to its new location. Originally called simply CC Slaughters, it featured a huge dance floor along with a restaurant that offered high quality food. Little by little, in the early 2000s, the “country” style was fading, and frequent customers were getting older and visiting the place less frequently.
Finally, in 2003, John Adams Jr. sold the club to John Houston and Bruce Rice. With this new management came the first Gay Block Party in Portland during the summer of ’03 with Kristine W and a new venture that was to change the face of CC Slaughters into Portland’s first premier gay nightclub!
In 2010, John Houston traveled to Mexico and visited Puerto Vallarta. He immediately fell in love with the affection of the people, the pleasant climate and the architectural beauty full of stories that surround the streets of Puerto Vallarta. I had a great feeling about Vallarta becoming the new home of CC Slaughters. His goal was to give Puerto Vallarta another option worthy of a large gay community, so the hunch became a reality and CC Slaughters Puerto Vallarta opened its doors on December 9, 2011.
With an excellent response from our local customers and tourists, the dance floor at CC Slaughters PV has become one of the best places to spend an amazing night! Our incredible DJs have become known throughout the gay community, for always bringing the best party with the best dance remixes. Our friendly staff and sexy bartenders are here to offer you high-quality service and the best drinks.
CC Slaughters PV is the best place to find what you’re looking for any 7 days a week! Our commitment to customer service and the best drink prices in town, being one of the only clubs that does not charge cover*. Our priority is you, if it weren’t for you, we wouldn’t be here.
You will always find something in CC Slaughters PV, from our daily promotions, to our special events, top DJs, guests, shows, surprises and much more! We are constantly working to give the community what it deserves.

Own or work here? Claim Now! Claim Now!
Choose a Plan to Claim Your Business

Claim request is processed after verification..

DAY OFF
Timezone: UTC-5 Switch to

Appointment confirmation email will be sent upon approval.

We have received your appointment and will send you a confirmation to your provided email upon approval.

Your request has been submitted successfully.